We left our campsite in Hovenweep and headed to Mesa Verde.  This was one of the many stops on the trip that I was extremely excited for.  It was also our first National Park stop on the trip.  Upon arriving, we first set out to find a nice place to camp.  We did not know how busy it was going to be and it was a first come first serve site.  We pulled through the loops and found an awesome stop surrounded by trees.  We claimed our spot and headed to the visitors center to plan our days.  There were several hikes that required tickets to go into the site.  These were also ranger lead to help preserve the sites.  We decided to get tickets to the balcony house and cliff palace for the first day and then long house on our last day.  2 days booked!  My ankle had not healed all the way, but there was no way I was going to sit out another day.

Day 1-
After leaving the visitor's center, we headed up and up the mountain.  Every attraction was about 7 miles plus up the mountain.  The van went slow but was a champ making it's way up the mountains.    We had the balcony house tour first. But we were a bit early so we set up in the parking lot. We popped the top and laid down for a hour.   We hiked down the side of the cliffs and made our way into amazing site.  There were two or three long ladders into the site.  We got to walk all the way through the different rooms and look into the kivas.  We had to squeeze through tiny door ways and make our way through the living areas.  The tour guide was great and so full of information.  To end the tour, we had to crawl through a tunnel that was extremely tight.  I had to twist my body sideways just to get my hips through!  It was pretty fun!
We then had to bust our butts to get to the next tour for cliff palace.  We got there right as it was starting.  Our tour guide took us down and down towards the site.  It was the heat of the day, but this was the site to see.  We came around the cliff and there it was, it was huge!  So many rooms and 21 kivas all in this alcove.  We had several more ladders to climb and we learned more about the site.  This was the site that is used to advertise Mesa Verde and it made a lot of sense after seeing it for real.
After the tour, we stop at a little cafe area and had some cold beers and a flat bread taco.
We headed back to our campsite and took a little snooze and then made some quick hotdogs. 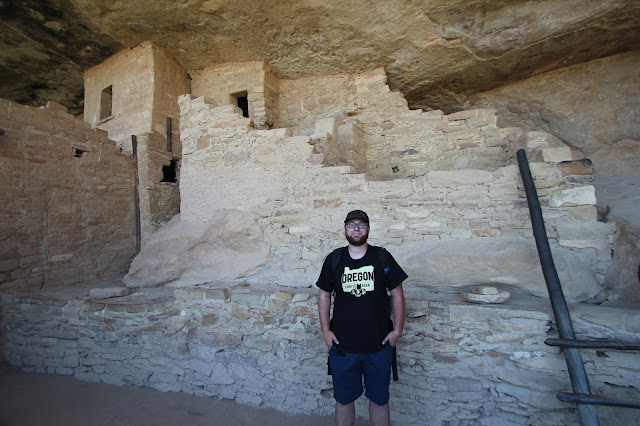 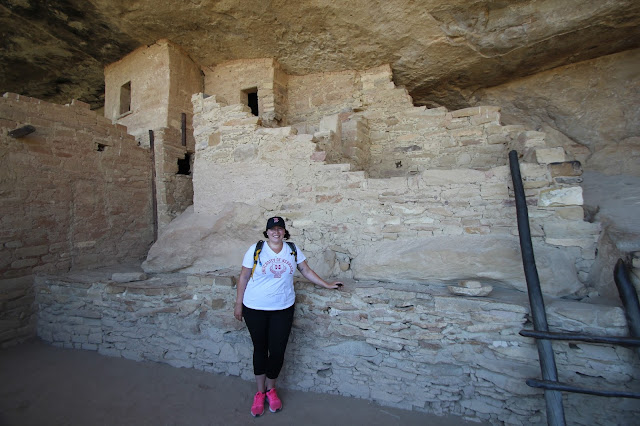 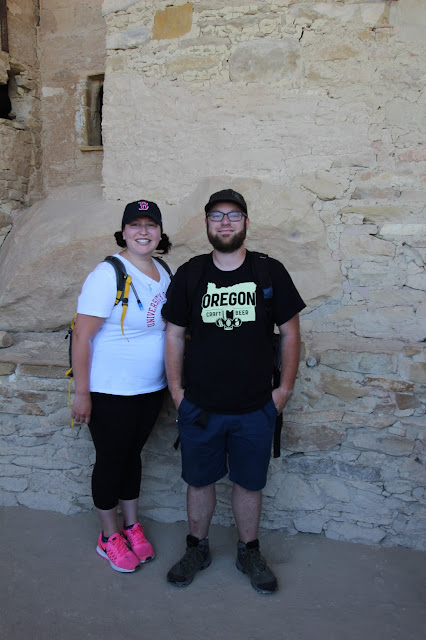 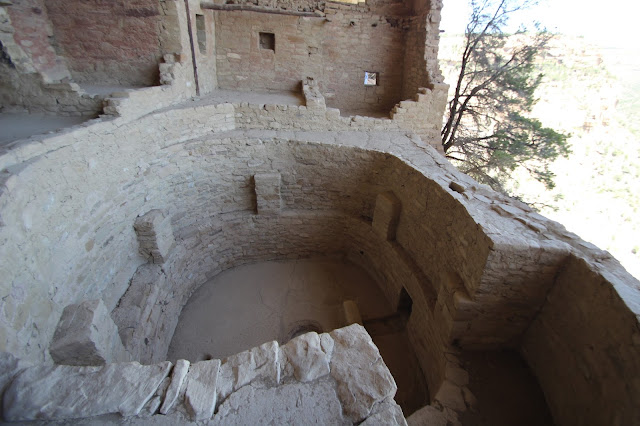 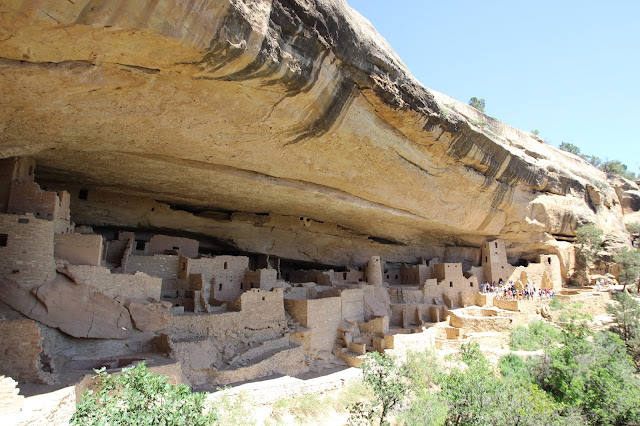 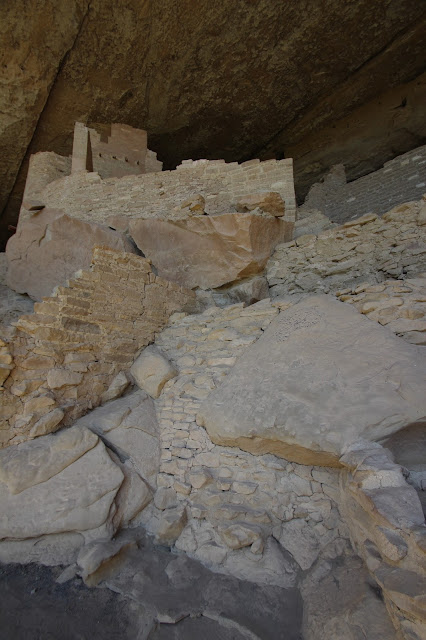 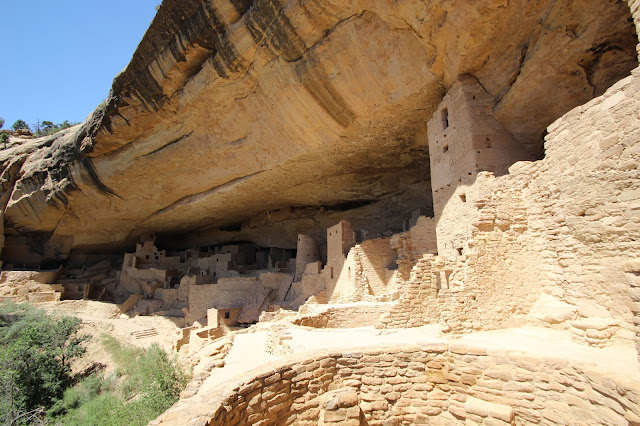 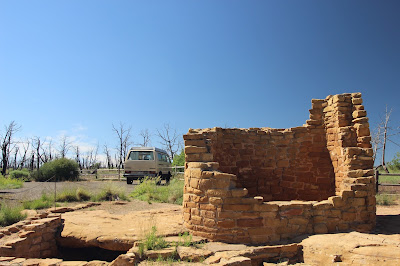 Day 2-
We woke up we were able to take our time.  Our long house tour was not until 2:00.  I made some french toast for breakfast and we enjoyed the cool morning breeze.  We had a long drive up to the tour meeting spot so we hit the road at about 11:00ish.  It took us a little more than an hour to get up the mountain to the long house spot.  We did have to stop for a little, clumsy, black cub to cross the road.  He crossed and then started the climb up the ledge by the road.  We watched him climb and then took a turn off to see if we could continue to watch him and maybe see mama.  There was not site of the mama bear, but the baby bear was running around for a little while before entering the wooded area.  He was quite adorable and super clumsy.  We continued up the mountain.   Right around the area of long house, was a cliff dwelling called step house.  This was a self guided tour so we made our way down there because we had time to kill.  We hiked all the way down and came across the site.  It was a neat area because there was still pithouses in the site that the Ancestral Puebloans did not build on top of.  So this site has evidence of two separate occupations of the site.  Really cool!
After hiking all the way back up, we still had about an hour before our long house tour so we once again popped the top and relaxed for a bit and hydrated.
2:00 rolled around and we met up with our ranger guide and headed down to the site.  This was a 2 mile hike down and then 2 miles back the same way up.  We came around a corner and saw the amazing long house.  It was HUGE.  We got to walk through the site and see al the evidence of how these people lived and survived for so many years.  It had a really strong water supply coming in the back of the alcove.
Hiking back up was hard in the heat of the day.  We made our way back to the car and back to camp.  We enjoyed some pasta this night and met some very nice neighbors that we chatted with for a while.  We had some beer and hit the hay.
Durango, CO is the next stop for a couple days! 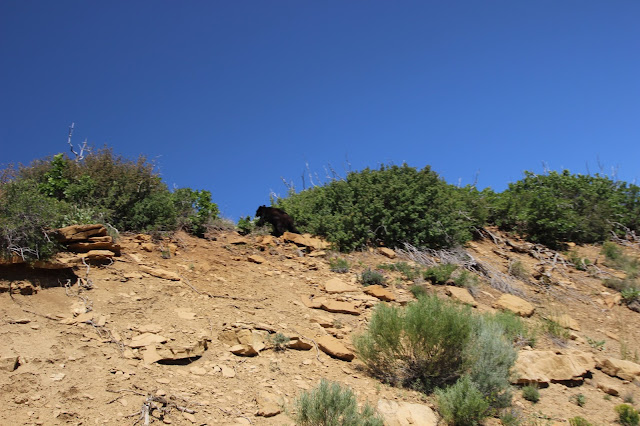 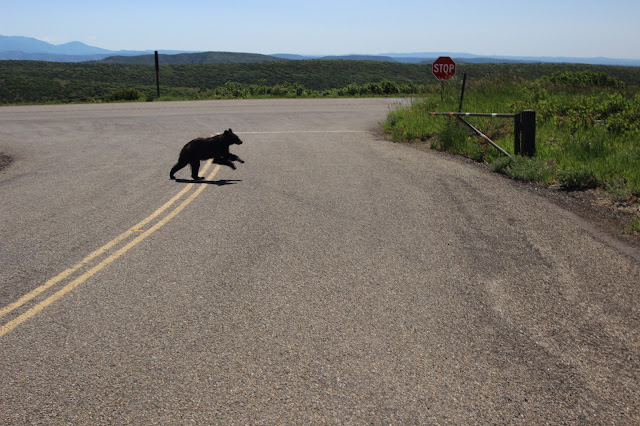 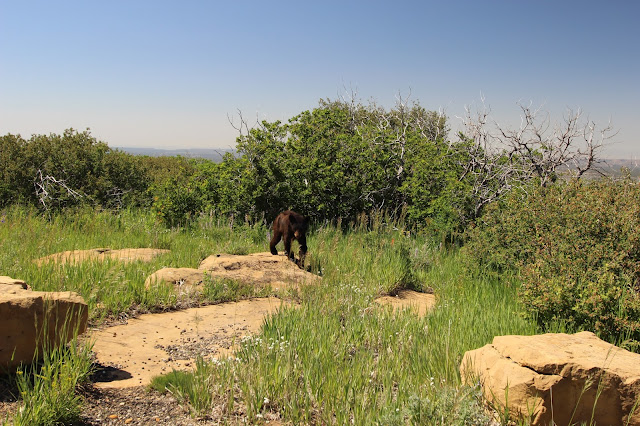 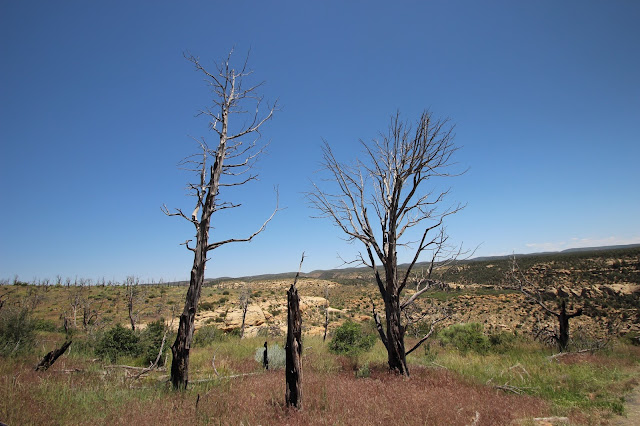 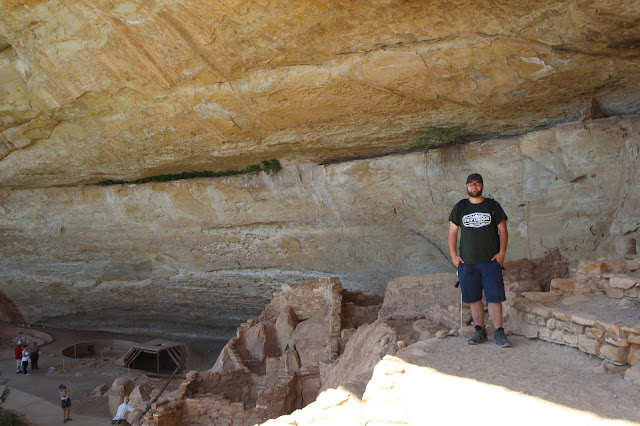 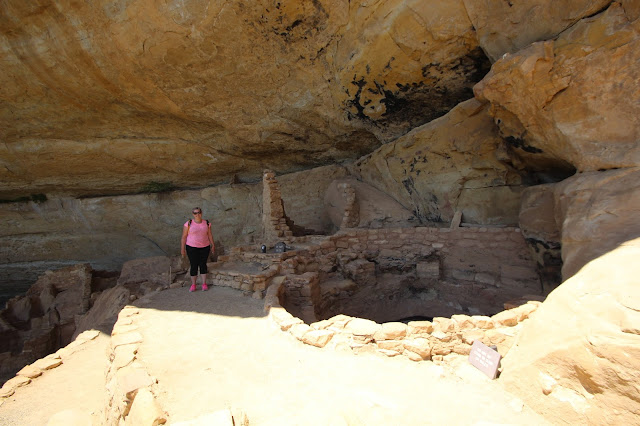 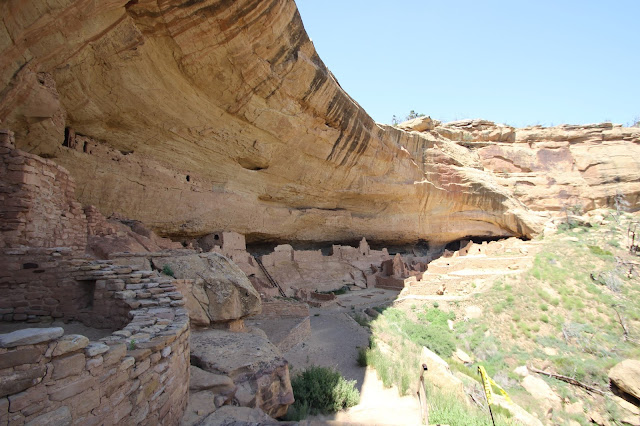 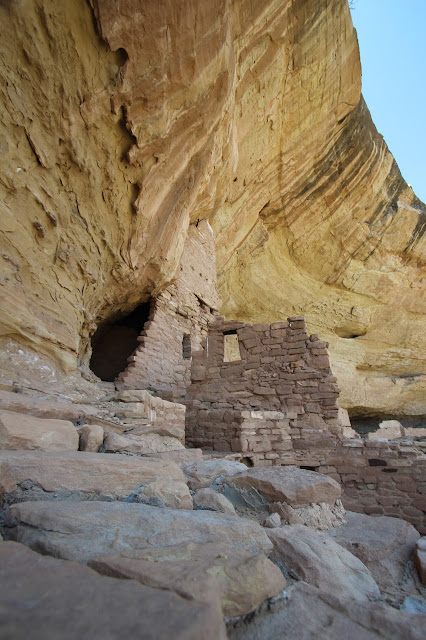 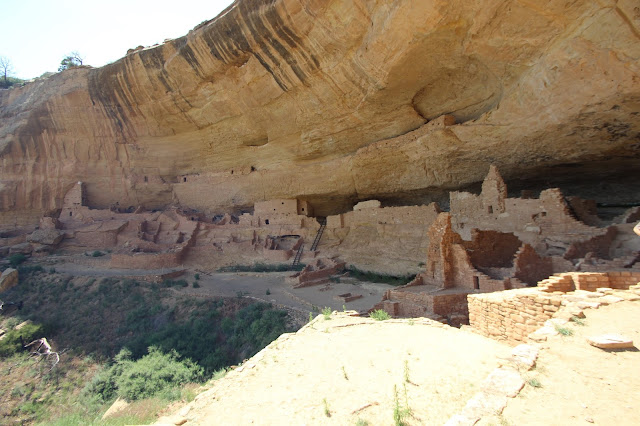