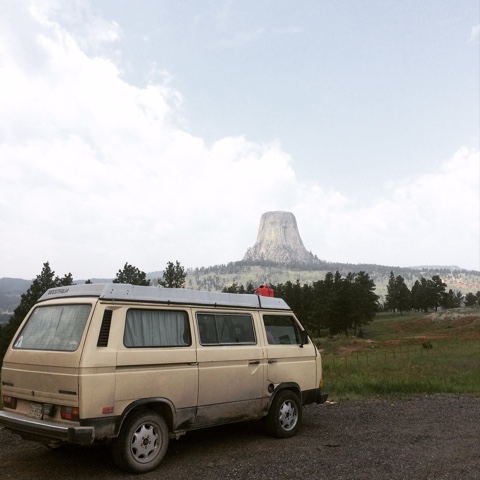 We had an amazing rest of the trip.

We went up into Wyoming to Vedawoo for the Fourth of July have a great night.it downpoured  on us on the way. Luckily we found a great spot, I was worried about it because of it being the fourth, but it worked out well. Chelseas leg was still sore so we did not push it, just a quick hike.
The next morning we did a small hike and ran into a moose with her two small calfes. We hung out for awhile and watched them eat and walk around.

We went to chimney rock and Scott's bluff national monument. Went on short hikes at both stops, but the Rangers told us because of the amount of rattle snakes we should keep it short. So we did, but that left us done with those spots way early. So we decided to head up to Agate fossil beds. The heat was over 100 degrees and the van was not happy. We had to pull of for a little bit. But luckily it started right back up and we made it to the beds. We went to the visitors center and saw some really cool stuff. Hat night we went up to fort Robinson for some camping. This place was really cool and we had the whole campsite to ourselves. It was right next to the cemetery. We made some amazing hamburgers and let the rain come. Had a nice night reading with the sound of rain on the top of the van.

Then went into South Dakota for some amazing caving at Jewel Cave and Wind Cave. Both were amazing.  When we got to wind cave we quickly picked out a really nice campsite, away from all the other campers. We then went to sign up for some caving! They were very surprised when I got to the counter and said I want to sign up for all of them. Each tour was on average a hour long and we could just barely make it from the end of one to the start of the next. But we made it work and only required a few hundred yards of running. But we made it to all of them. Some of the tours stared with an elevator ride, 20 stories underground! By the end of the day we had learned so much from the amazing tour guides that we could have given the tours ourselves. I personally had a great time when they turned off the lights completely, you have never seen true black until you have seen cave black. I did realize that I had been on that tour when we got to the spot to turn the lights  off, I must have been 7 or younger, but I still remembered the lights off experience. It's that memorable. We finished that day off with a nice fire, and dinner at the campsite.

The next day we went to Jewel Cave. It's amazing how different theses caves are from each other, being so close to each other.

Had a nice trip up to Devils Tower. A wonderful drive, even had some subway for lunch. Chelsea fell asleep and missed out on some really nice scenery. When we got to the tower we got our stickers first then started hiking up to the base of the tower. Where we saw people climbing up the side. We also hung out with the prairie dogs and got some really nice photos of them. Chelsea loved when they scream at each other.

Then finished up our trip in the Badlands. We did a quick drive though and short hike, but Chelsea and I were not feeling well so we decided to head home a day early.

We then drove home from the badlands. The van ran great at 80mph downhills and loved it for the the rest of the trip. 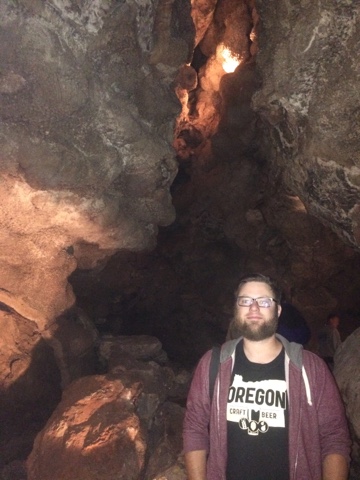 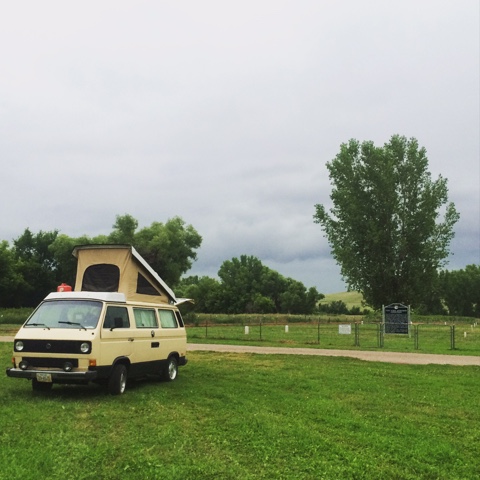 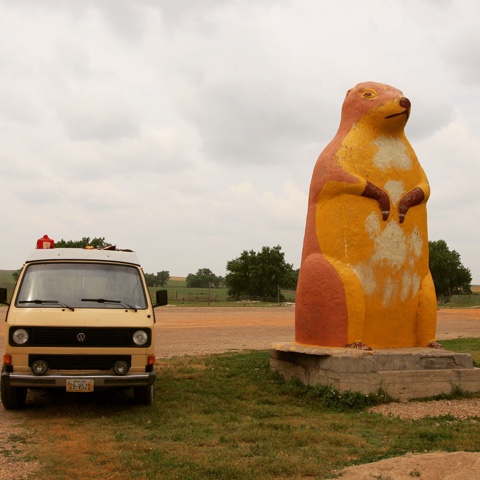 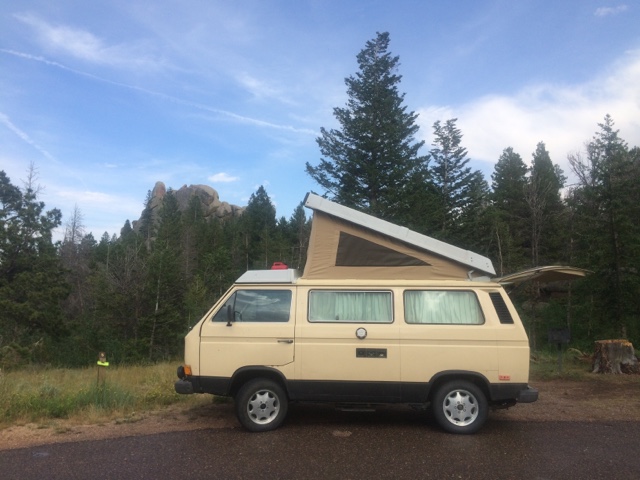 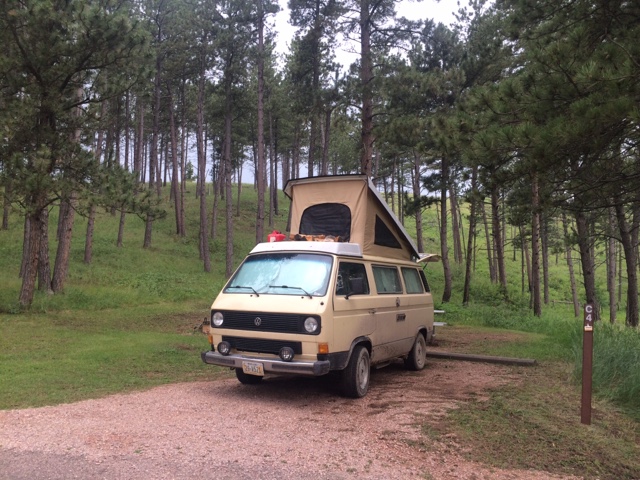