Day 3 was a blast!
We started the morning by enjoying some delicious pastries that we had picked up at Michael's diner yesterday.  We then got ready to head out for the day.
The first stop was EarthShip Biotecture.  This is a community of homes built totally off the grid using recycled garbage such as tires, glass bottles and cans.  So Cool!!!!!  Jason had done the academy opportunity just this last fall where he spent 6 weeks building and learning about them. So he was full of information about these amazing homes.  He took us around and showed us how everything worked.  You really need to see this for yourself!  http://earthship.com/
After leaving the EarthShips, we headed out for the Rio Grande Gorge Bridge.  Awesome view!  We walked the bridge and enjoyed the cool experience.
After leaving the Gorge, we drove to the trail head for our hot springs hike.  Upon pulling into the parking lot, we saw an old Volvo wagon with a plane strapped to the roof.  The plane was bigger than the Volvo and we luckily got to meet the man who owned this.  His name was "Dog Man" and he was an extremely interesting man.  He was abducted by aliens in 1958 and he plans to have a golden spaceship on the roof of his house. But until he gets his gold spaceship he will put the plane on the roof as a placeholder. He plans on making international news, NOT NATIONAL NEWS, but international news when he gets it.  He once had lunch with Al Gore and Bill Clinton and told them not to do NAFTA.  He also predicted everything that has happened in the last 40 years.  He even knew that 911 was going to happen!! He told us stories of the drugs he did when he was in Vietnam and how he has his own dog breed.  He offered us pot various times that we obviously turned down.  We calculated that Dog Man was about 68 years old and spends all of his days hanging out in that parking lot and the hot springs. After these wonderful conversations, we started our hike down to the hot springs.  This was a beautiful hike down the gorge to the river.  It was so nice to get back into hiking.  It was a rocky hike down, but not too steep.  It took us about 20 minutes to get to the base and we found the hot springs right next to the beautifully flowing river.  The really hot hot spring had flooded because of the rain, but the cooler spring was just fine.  We hopped in and relaxed for about an hour.  This was great.  We decided to head back up the gorge just in time.  There was about 6 people that were heading down the gorge as we were getting out.  The trip back up the gorge was a bit harder, but getting a good hike in felt so great!
After leaving the springs, we talked to Dog Man for a little bit longer before heading to Taos Mesa Brewing.  We relaxed outside with great beers and great food. We were all starving and in need of some good beer.  There was a man performing that played music and played his trumpet over it.  He was pretty great.  We stayed there for awhile and then decided to head to KTAOS for a few more drinks.  This place was so cool!  It was one of the town's radio station that is also a bar and grill.  There is a bunch of big glass windows surrounding the DJ so you can see them while on the air.  We sat outside for a big and looked at the amazing view.  It started t rain so we moved inside, but still had a great view!
Today was a great day!!!  Tomorrow is Chimayo Church and Bandelier National Monument!! 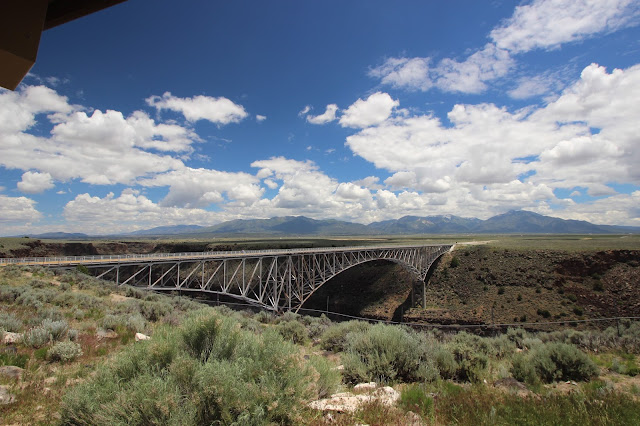 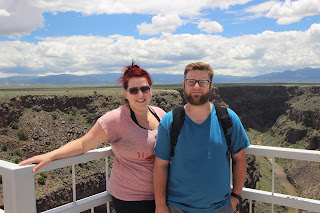 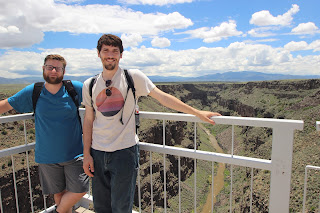 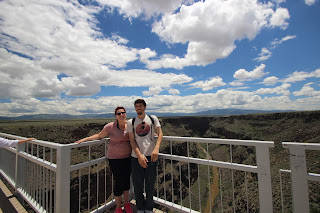 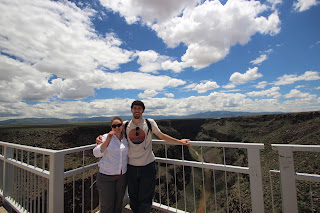 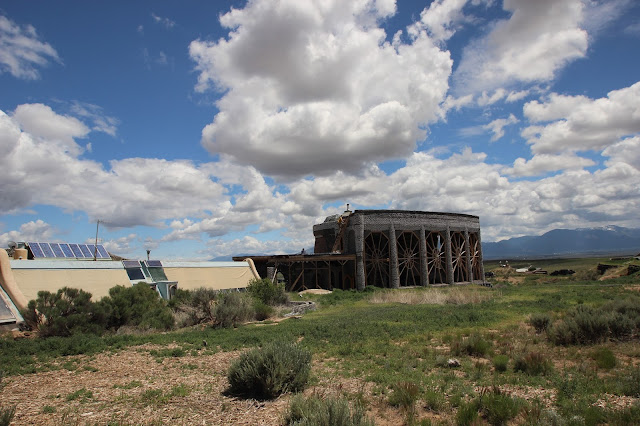 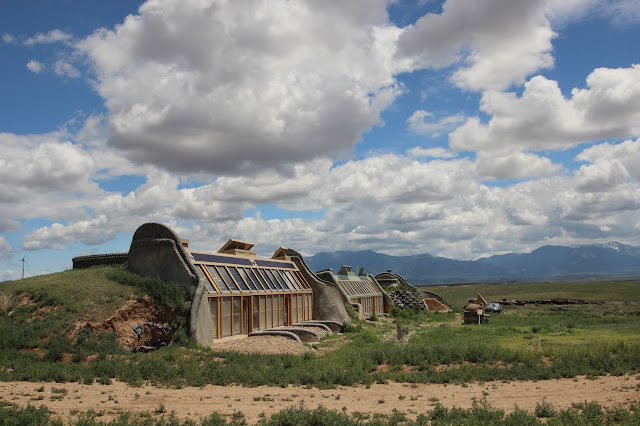 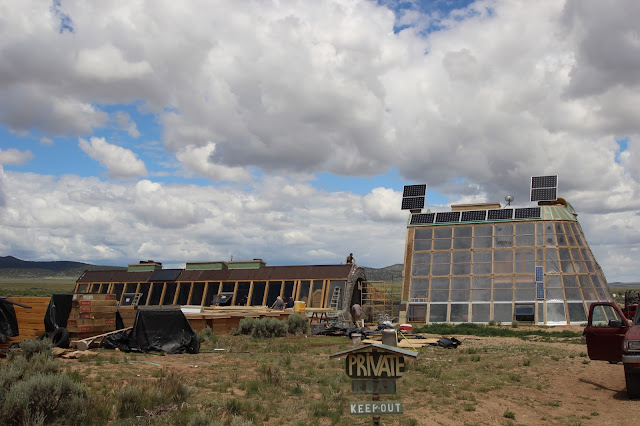 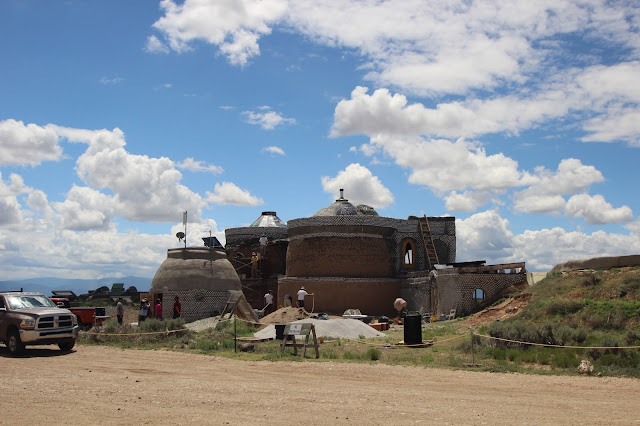 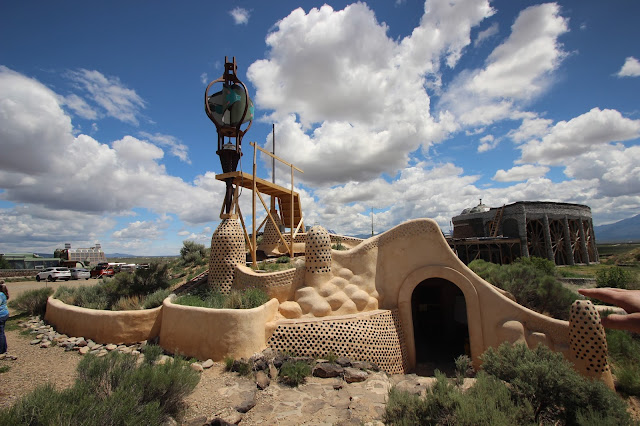 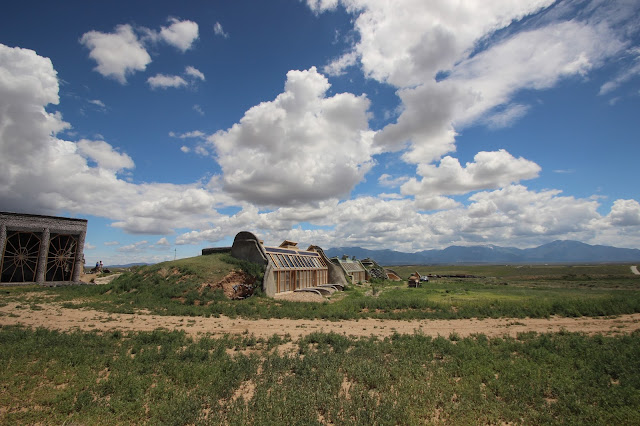 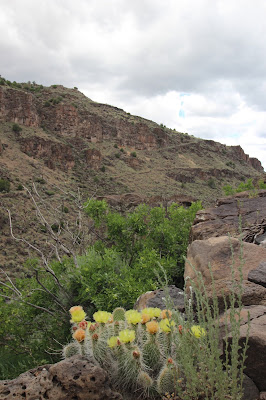 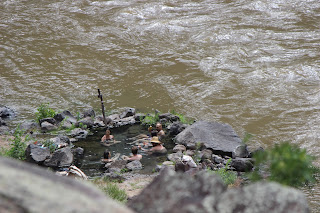