Canyons of the Ancient

Today was a good day.
We woke up and it was hot right away, But Chelsea made a great breakfast. Breakfast burritos with eggs, turkey, bacon, cheese and green chilis(from Santa Fe). Made much easier with the new camp stove and griddle.
We then headed out for a day of exploring in "Canyons of the Ancient". First stop was "Painted hand Pueblo". Unfortunately upon arriving we realized that when Chelsea rolled her ankle yesterday it was worse then she had thought, so the hikes were to be mine alone. I did not like that she had to stay back, but, we agreed that I need to see the sights and let her ankle heal because we have Mesa Verde to do tomorrow.  So I left her with a book in the shade of the van and a very tall sage bush. The trail to the ruins on this one was very short, I would say less then a half mile. But a great hike, sometimes they don't need to be long to have an impac on you. It was full of great Pueblo structures, I really enjoyed the tall kiva with a sub structure. And the amazing view that I'm sure was part of the reason they built there Almost 1000 years ago.
Next up was a bit of drive to Lowry Pueblo. This was an interesting Pueblo structure because they had built a metal roof to cover the main section. Which I had never seen them do this before. It was a short trail from the parking lot, so Chelsea went with me on this one. It did have one of the biggest kivas I had seen yet.
The last stop for the day was Sand Canyon Pueblo. This was only a 110 yard hike to the start of this massive Ruin. I really enjoyed this one because it was not excavated or restored in any way. This site is twice as large as the largest dwelling in Masa Verde, but when you get to it, there is nothing that stands out. It is just a beautiful end of a canyon, but as you start to look you see that the piles of stone and dirt are what is left of what was one of the biggest ruins in the country. It was awe inspiring.To stand an imagine the over 450 rooms and 11 kivas was a great experience. Looking across the valley you could see that it took the whole valley to house this structure.  I could have walked from cliff to cliff for the rest of the day.
We then headed back to our campsite, in Hovenweep, a bit of a drive considering we are going the opposite way tomorrow for Mesa Verde but we really do love this site. It is quiet and secluded with a great view, much like our first site last year the Horsethief in Canyonlands.
Today was a great day. We really enjoyed driving around this beautiful land, beating the heat. The van may not have A.C. but you don't need it at 50mph with the windows down.
Brad
More photos to come when we have wifi! 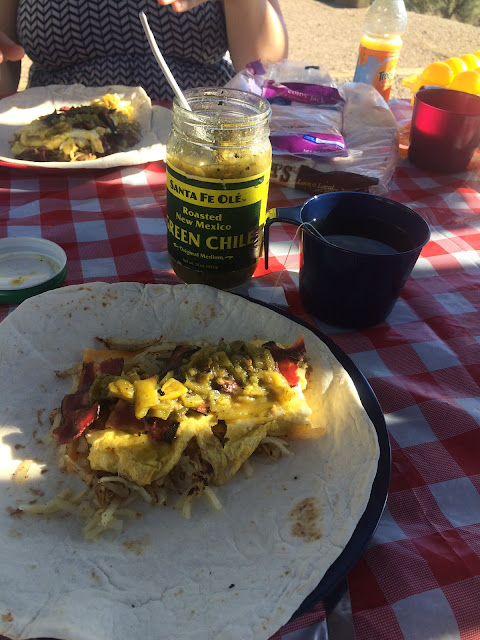 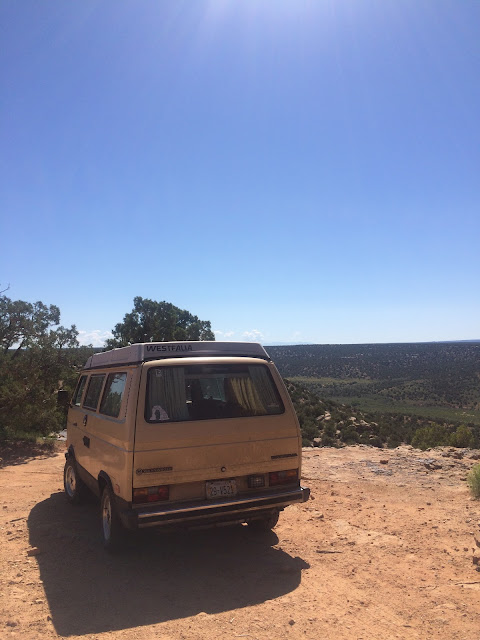