After getting our oil change the other day, Brad and I made our way to downtown Portland to our hotel.  The Jupiter Hotel is super awesome and hip!  Surprise, surprise Portland :)  We made our way to our room and set up our living space for the next three days.  We then looked at Brad's untapped app and realized that we had about 18 breweries within a 3 mile radius.  HOLY CRAP!  Needless to say, we were both stoked and asked our livers to "hang in there".

We decided to go to Burnside Brewing that evening for dinner and brews.  It was a really nice place with a great beer menu.  We each had three delicious beers and a great meal.  One of the beers I had was a lime kolsch that was TO DIE FOR!  Screw Summer Shandy, I want to drink that lime kolsch every day, all summer, and every summer.  I also had their stout (surprise) and a sweet heat.  The sweet heat was a chili beer that was actually surprisingly good.  It had a great taste and then came the heat.  I enjoyed it.  Brad had an IPA (duh), a permafrost and the firefly blonde.  The permafrost was a Christmas in July beer- pretty fun idea.  We talked and talked and drank and drank.  We then walked back to our hotel for the night.

This morning, Brad and I walked several blocks to experience the magic of Voodoo Doughnuts.  There was a good size line outside, but nothing was going to stop us from getting these strange and amazing treats.  We ended up ordering a butterfinger doughnut, a iconic voodoo doll doughnut, and a bacon maple bar.  The voodoo doll came with a pretzel stake through the doughy heart and a raspberry (blood) filling.  We both thought this was pretty great.  The bacon maple bar was by far the best tasting.  It had two mouth watering strips of caramelized bacon on the thick maple glazed.  NOM!

After enjoying our doughnuts, we walked to the Hippo Hardware store that was fully of vintage hardware.  We walked through the HUGE building that was cluttered with amazing pieces.  Everything was pretty expensive and we are poor, so we did not buy anything for the house :(

We left the hardware store and returned to the hotel room to relax for a bit.  We planned to hit a brewery for lunch and needed a little time to let our breakfast digest.  We decided to walk across the river to go to Deshutes Brewing.

We walked about 1.5 miles to Deshutes to find out that they had had a natural gas leak and we temporarly closed.  We changed our plans a little and decided to have lunch at Rogue Brewing today instead like we had planned for the next day.  We walked another couple block to Rouge.  We were both SUPER DUPER excited about this stop.  We walked in and found a nice booth which was our spot for the following two hours.  We had some great beers here as well.  They had 39 of their own beers on tap!  We were in heaven. I started with a  Track Town honey orange wheat that was really amazing.  After finishing that beer, I looked at the beer menu again and became so overwhelmed!  I wanted them all!  I decided to do a flight of four beers.  I tried the double chocolate stout, the oatmeal stout on nitro, a good chit pilsner and a braggot light.  I was extremely pleased with my choices.  Brad enjoyed an amazing scotch ale, and beard ale, and a strong wheat.  The beard ale was super interesting. It was made with yeast that was cultivated from the head brewers beard!  We could not help but order it and then enjoy it. We shared a pub pizza and a bowl of delicious beer cheese soup.  Wonderful lunch date.

We then walked back to the hotel, across the beautiful Willamette river and hung out in the room for a bit.  We had plans to hit another brewery in the evening so we relaxed a bit.

Around dinner time, we headed a few blocks down the street to Base Camp Brewing.  Really cool place!  It was all set up in a camping style and after the last 3.5 weeks, we really appreciated it :)  We had a few good beers and enjoyed the awesome atmosphere.  I had a smor'e stout that came with a freakin roasted marshmallow on the glass!  So yummy.  I also had an Oktoberfest that was pretty good.  Brad had a saison and a great India pale lager.  All really good.  We left the brewery and hit up the food truck just outside.  We grabbed some burritos to go and headed back to the hotel to enjoy our quick dinner and some netflix :)

What a great couple days we have had in Portland!  Tomorrow we plan on going back to Deshutes and hopefully hitting a few more breweries near by :) 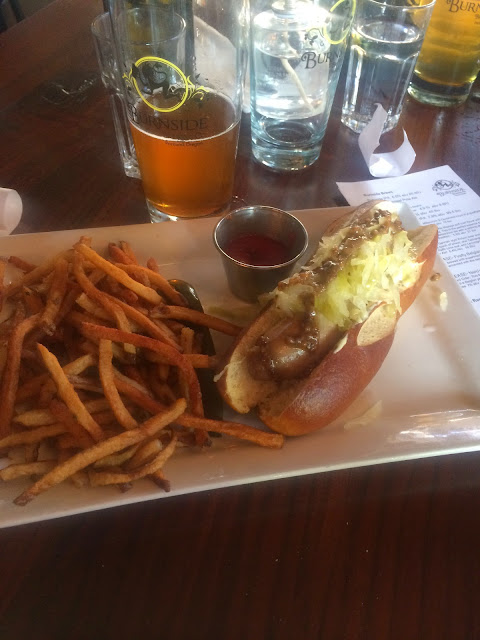 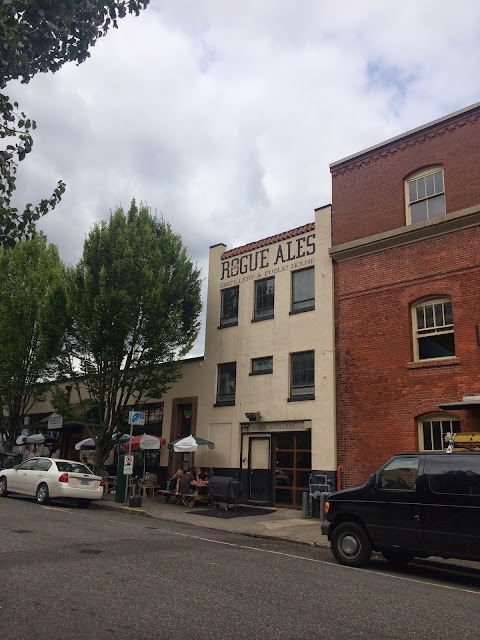 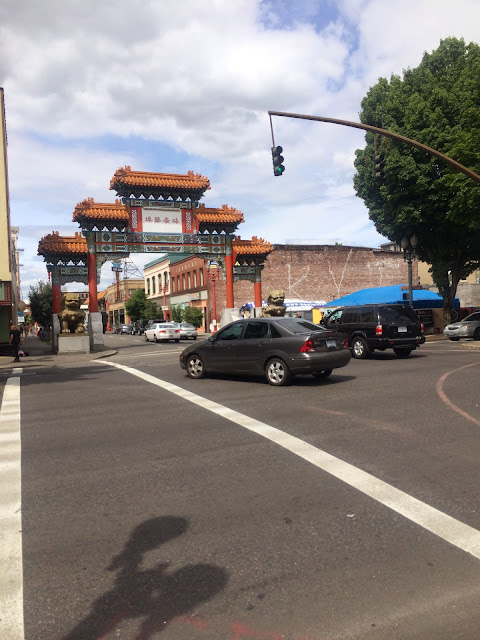 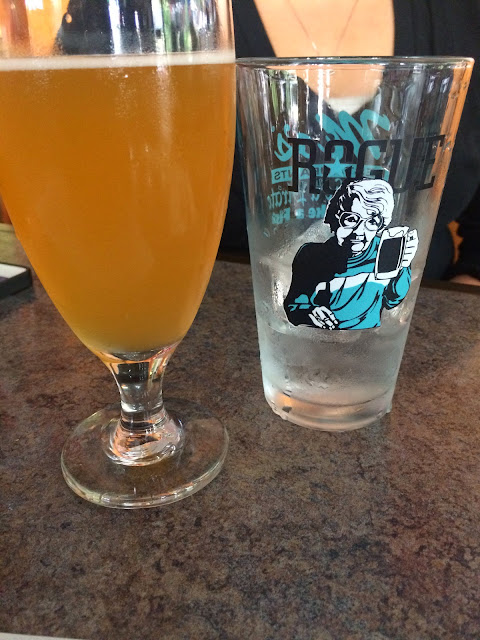 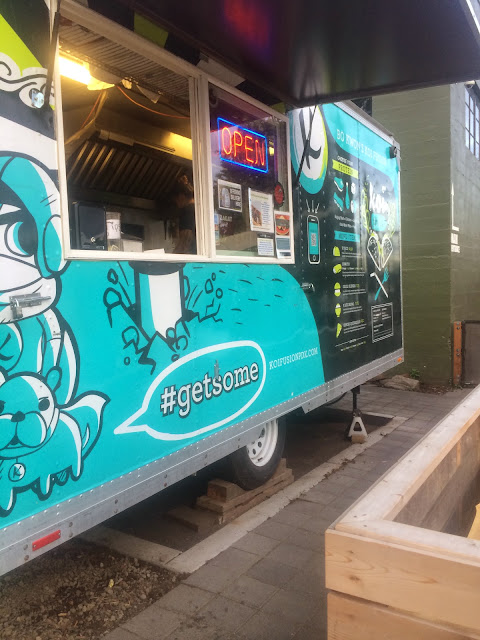